My book “Economic history of Central and Eastern Europe in the Interwar period         Semi-periphery and seclusion from world economic tendencies” was published by Aposztróf Publisher.

The book is availabe in all book stores and in Aposztróf Publisher.

I was awarded with Scientific price of 2016 by Budapest Business School College of International Management within the category of scientific article on 7th of October. 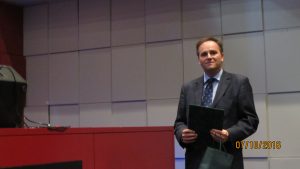 Summary about the workshop and book review (October 26, 2016)

Dr. Endre Domonkos: The economic history of Central and Eastern Europe in the interwar period : Semi-periphery and seclusion from world economic tendencies, Aposztróf, 2016

The main objective of the monograph Economic History of East Central Europe based on new scientific researches was to answer which factors contributed to the economic backwardness of the region. As a result of the researches in the fields of history, economy and international relations a comprehensive book was born, which analysed the economic development of seven Central and Eastern European countries.

Within the workshop two shorter lectures were held. The first lecture focused on the situation of agrarian sector and the impacts of land reforms to the agriculture in Central Eastern and Southeastern European countries. The conclusion of the author was that land reforms didn’t solve the structural problems of the agriculture, such as the low level of domestic accumulation, overpopulation of rural areas and technological backwardness but in contrary, the number of smallholdings increased significantly in most of the countries of the region.

The second lecture analysed the role of foreign capital in the national economies of the region. It introduced the reasons of capital import dependence and its impacts, emphasizing the problem of indebtedness and the unproductive use of foreign loans. In the 1920’s public loans were flown into the Central and Eastern European countries, while the inflow of foreign direct investments was negligible. The borrowing costs were high because they were granted at rates of interests between 7 and 10 per cent by the main creditors. Besides unfavourable borrowing conditions, only 20 per cent of foreign capital went into productive investments, while 40 per cent was used for repaying former debt service including some dating from before and after the war. The consequence was that foreign loans didn’t solve the economic structural problems of the region. The relative backwardness of East Central Europe still remained.

The author drew a parallel with the current semi-peripheral situation of the region and with the interwar period, highlighting that the only solution for Central and Eastern Europe is the European Union’s membership. Only with appropriate and logical use of financial transfers in the EU is it possible to overcome the semi-peripheral situtation and converge to the economically advanced West European countries. 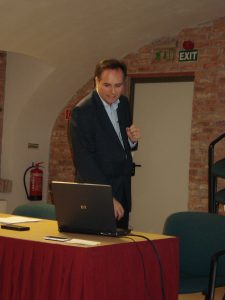 My article on the Spanish standoff and the Brexit was published in the daily Világgazdaság.

On 15 June 2017, I received the degree “Dr. habil.” at the University of Pécs within the session of Senate. 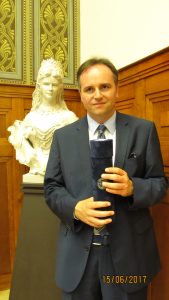 My monograph about The economic history of Central and Eastern Europe during the Second World War was published by Aposztróf Publisher. 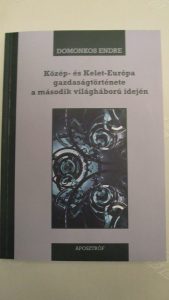 The book is availabe in all book stores and in Aposztróf Publisher.

My article about Industrial development in Central, Eastern and Southeastern Europe during World War II was published in IMBusiness 2017. Vol. 2. No. 1. The article is accessible on the following homepage https://uni-bge.hu/kkk/kutatas_palyazat/2017/IMBusiness_Vol2_No1_2017.pdf.pdf

I gave a lecture at Budapest Business School’s Research Day on April 5, 2018, which topic was “Occupation costs in Central, Eastern and Southeastern Europe during World War II” 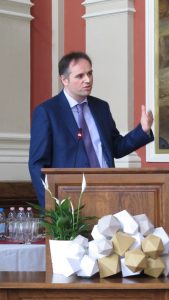 The book about The Economic history of Central and Eastern Europe between 1945 and 1953. Soviet occupation and the creation of Stalinist centrally planned economy was published by Aposztróf Publisher.
The monograph is available in all bookstores and on the website bookline.hu

This website uses cookies to improve your experience while you navigate through the website. Out of these, the cookies that are categorized as necessary are stored on your browser as they are essential for the working of basic functionalities of the website. We also use third-party cookies that help us analyze and understand how you use this website. These cookies will be stored in your browser only with your consent. You also have the option to opt-out of these cookies. But opting out of some of these cookies may affect your browsing experience.
Necessary Always Enabled

Any cookies that may not be particularly necessary for the website to function and is used specifically to collect user personal data via analytics, ads, other embedded contents are termed as non-necessary cookies. It is mandatory to procure user consent prior to running these cookies on your website.